Check out the project I’ve been working on in github.
I frequently have to debug C/C++ code from the command line, but I have separate build machines because I build on multiple architectures and platforms. So, I wrote this python script for remote debugging.
All it does is open up an ssh connection (using python paramiko) and connects to gdb on the build machine. It then parses through the output using regular expressions and opens the source code on your local machine for debugging. As you step through the code, the line of code is underlined and centered in the code window.
I also added a useful (for my work) feature which allows you to get the tcpdump while executing a particular line of code. It then opens the tcpdump on your local machine in wireshark. 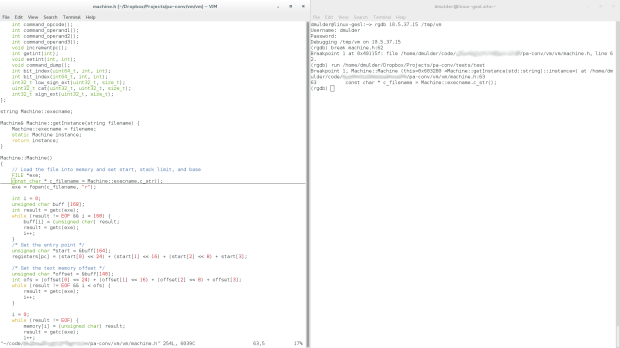 Software Engineer at SUSE View all posts by David Mulder